A film by Marcus Vetter and Leon Geller


The story of a unique gesture of peace

A film by Marcus Vetter and Leon Geller

A unique gesture of peace

“A message of hope.“

“ Hard to watch without a throat choking with tears.“

“A heart beats for Palestine“


The Heart of Jenin

A story of a unique gesture of peace

THE HEART OF JENIN tells the true story of Ishmael Khatib, whose 12-year-old son Ah-med was killed in 2005 in the Yenin refugee camp by bullets fired by Israeli soldiers. After the doctors at the hospital have only been able to diagnose Ahmed’s brain death, the Palestinian Ishmael decides to donate his son’s organs to Israeli children and thus save their lives. It is a painful and at the same time liberating journey, because through the children Ismael also comes very close to his son again, as moving as it is lastingly impressive, THE HEART OF JENIN tells of a deeply human gesture at the moment of the greatest tragedy. And of the fact that hope has a chance even when the situation seems hopeless.

In 2005, 12-year-old Ahmed lived with his family in the Jenin refugee camp in the West Bank. 15,000 people live there in a confined space under difficult living conditions and have been doing so for many years. Jenin is a political powder keg that threatens to explode at any time. Most suicide bombers who carry out attacks in Israel come from here. For the Israeli army, Jenin is a large danger zone, which is why it is militarily present here, and for the celebration of the breaking of the fast at the end of Ramadan, Ahmed wants to buy a new tie. His mother sends him to a nearby shop around lunchtime, but on the way there Ahmed meets two friends. One of them has a toy gun with him, and so the children play war, just like children play “robber and gendarme” in the village.

At the same time a military raid of the Israeli army takes place in Jenin. Usually these are carried out at night in order to have as little contact as possible with the Palestinian population. This time, however, the unit has to move out during the day. As they advance, the soldiers will meet the children. The toy rifle that Ahmed is currently holding in his hands is mistaken by a soldier for a genuine Kalashnikov. He shoots and hits Ahmed mortally in the head. In the hospital of Haifa the doctors can still determine his brain death. A local nurse approaches the boy’s father, Ismael Khatib, about the possibility of organ donation. A difficult decision for the family, one that has to be made quickly. But Ismael Khatib and his wife Abla agree to donate the organs of their son to Israeli children. But before that, Ismael Khatib requires the permission of the Imam of Jenin. Khatib also asks the head of the Al-Aqsa militant brigades in Jenin for his assessment. Both give him permission for organ donation – even as it becomes clear that children from Jewish Orthodox families are being considered as recipients. Six children, who would have had no chance of survival without a transplantation, are given the opportunity of a life-saving operation thanks to the organ donation.

Two years have passed since then. Ismael Khatib feels a great desire to get to know the children and wants to know how they are doing today. Three of the families receiving the aid wish to remain anonymous, but he will be able to meet three children. First he will visit Samah, a young girl from a Druze family living in the northern hills near the Lebanese border. Then Ismael meets little Mohammed, son of a Bedouin, who, since he no longer has to go on dialysis every day, can give free rein to his unbridled thirst for life in the vast expanses of the Negev desert. As parents they are overjoyed that their daughter can survive thanks to the donated kidney. As orthodox Jews, they are at odds with the fact that the organ comes from a Palestinian boy.

Ishmael’s journey takes him right across Israel. For him it is both painful and liberating, because through the children he comes very close to his own son again. Ismael Khatib is accompanied by a German-Israeli film team. The two directors, the German Marcus Vetter and the Israeli Leon Geller, researched the background to this tragic story and impressively tell through the journey how a deeply human gesture can truly give hope. Very real in the here and now and perhaps also for the future – because, as Ismael Khatib says: “Children cannot be enemies, children bear no guilt”.

“The Heart of Jenin” is open heart surgery on the afflicted hearts of those involved in the general conflict. The delicate balance between heartrending sadness and black despair is deeply moving, yet the story reveals a beacon of hope in an otherwise apparently hopeless time.”

by Marcus Vetter and Leon Geller

In autumn 2007 I was called by EI-KON in Berlin, whether I wanted to join the project DAS HERZVON JENINmit. Leon Geller had already shot the hospital scenes and other sequences in 2005, and I quickly agreed: the subject matter appealed to me, another reason to work with an Israeli director.

We often had different views, especially on the issue and the conflict between Israelis and Palestinians, because Leon Geller is Jewish. Above all, he wanted to tell the story of the relationship between Ismael Khatib and the Druze girl Samah, who received the heart of the boy who was killed. My goal, on the other hand, was to follow all the stations of my father’s journey and also to show the conflict between Palestinians and Israelis, not to mention the current war in Gaza, which has given the film special attention and perhaps set a sign of peace,

THE HEART OF JENIN can help to break down prejudices. The interesting thing is that you only get to know friendly and fine people in the film. For example, there is this Druze family whose daughter received the donor heart, or the Bedouin family with the happy father who always laughs. For me the whole ensemble of protagonists is something very special and helps us to sharpen our view for other people and cultures.

The tragic death of twelve-year-old Ahmed Khatib plunges a family in Jenin into great despair. But in the first decisive hours after his death, his father Ismael was faced with a big decision. He decided for “life” and again turned his personal suffering into a life-saving miracle. I heard about Ishmael’s story on the morning of Ahmed’s death. And the very same evening I started filming this fantastic course of events, which eventually led to the operation of the children, who in between are allowed to live happily with the donated organs. The families of these children owe thanks to Is-mael Khatib because he gave them life; we owe thanks to Ismael Khatib because he gave us hope.

Leon Geller was born and raised in New Jersey, USA. He later moved to Israel and enrolled at the film school in Tel Aviv, where he graduated in 2006. His graduate short film won 14 international awards and earned him an Academy of Motion Pictures Arts & Sciences Academy Award nomination. He is currently working for Israeli television and on a new feature film.

Leon Geller (right) focuses all of his films on social issues. His work includes TV productions as well as features, including the award-winning films HEAVY TWENTY, SHEVET VOICE, and ROADS, which was also nominated for an Academy Award in the student’s short section during the Tribeca Film Festival in New York 2008.

Kindness as vengeance in “Heart of Jenin”
Electronic Infada, Apr 23, 2009 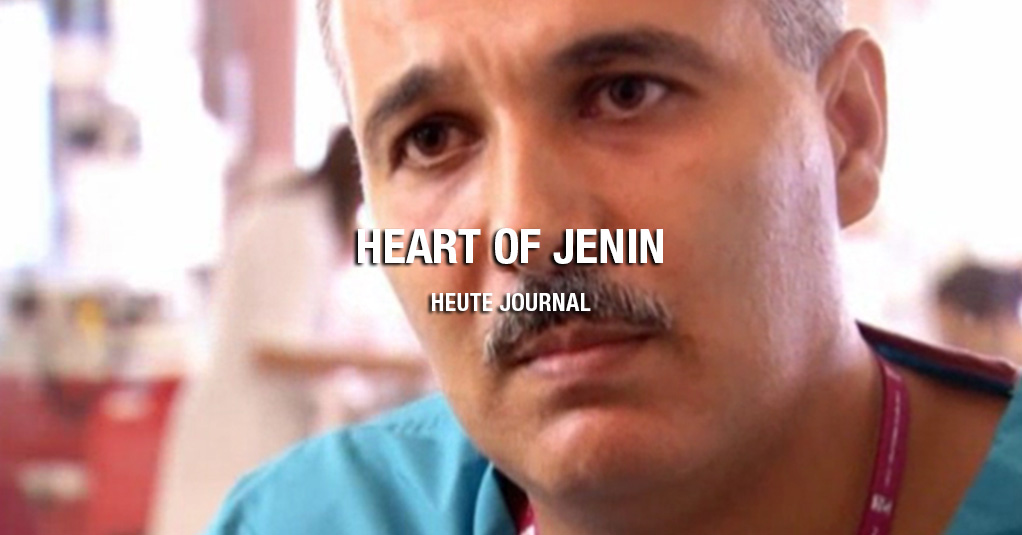 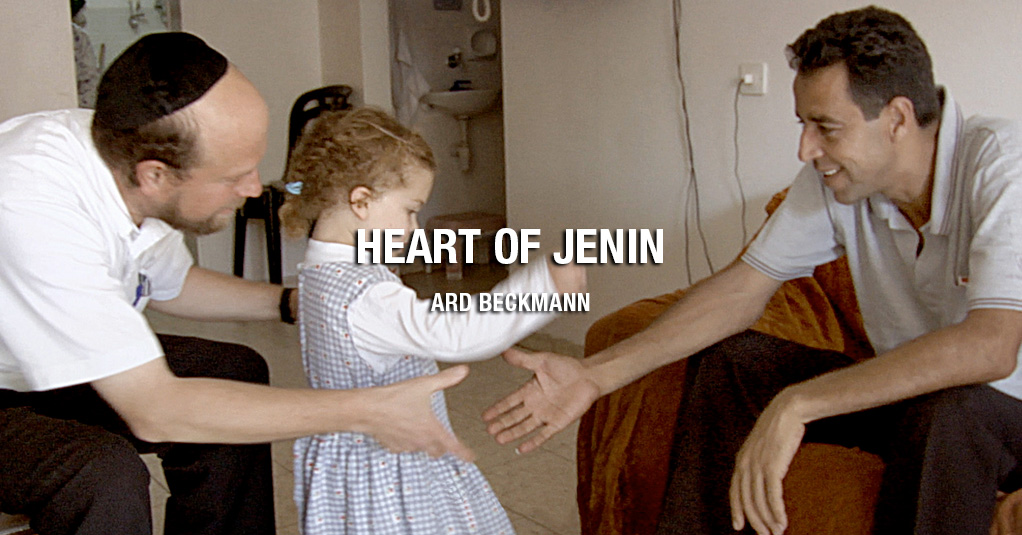 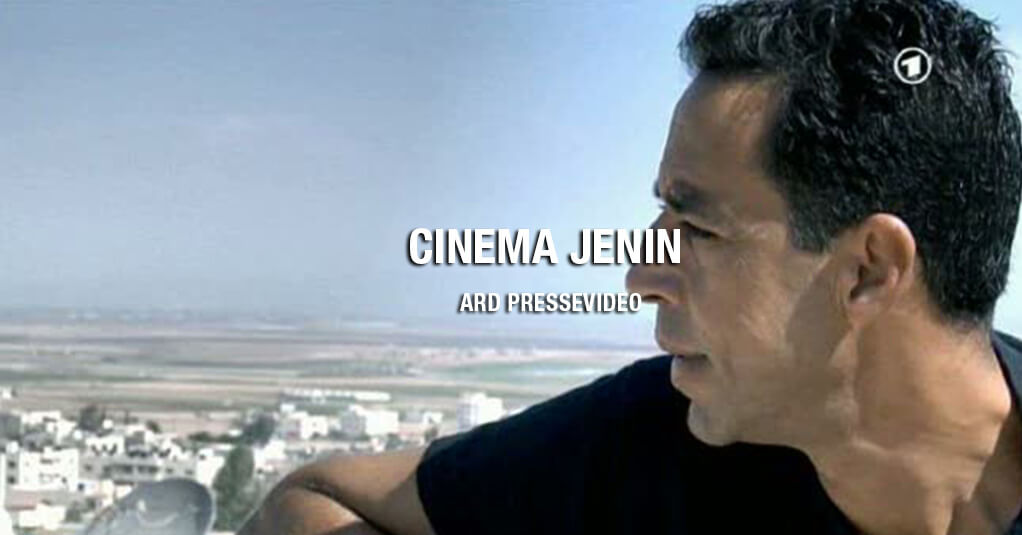 Cinema Jenin – The story of a dream

While Marcus Vetter´s film “The Heart of Jenin” is celebrated internationally and was awarded the German Film Price, Jenin is still lacking a place where its very own story could be told. The only cinema in town was closed more than twenty years ago. Parallel, the children from the cultural center that Ishmael opened after his son’s death wanted to produce their first short films, only to realize that they had no place to show it in. The decision to reopen the cinema emerged and Project Cinema Jenin was born. Marcus Vetter, Fakhri Hamad and Ismael Khatib, together with a group of enthusiastic locals and foreigners, were working tirelessly to bring the old cinema back to life.

The three films “Heart of Jenin”, “After the Silence” and “Cinema Jenin” wonderfully tell the complex history of Palestine using the example of the city of Jenin. There are three films of hope, but also of despair. But above all, these stories show that it is worth dreaming.