The Truth About True Crime

This season, on The Truth About True Crime, host Amanda Knox explores the perplexing and sensationalized case from the docu-series Killing for Love, streaming on Sundance Now. Listen as she untangles a tale of obsessed young lovers, heinous murders, and a shocking miscarriage of justice that eerily parallels her own story. 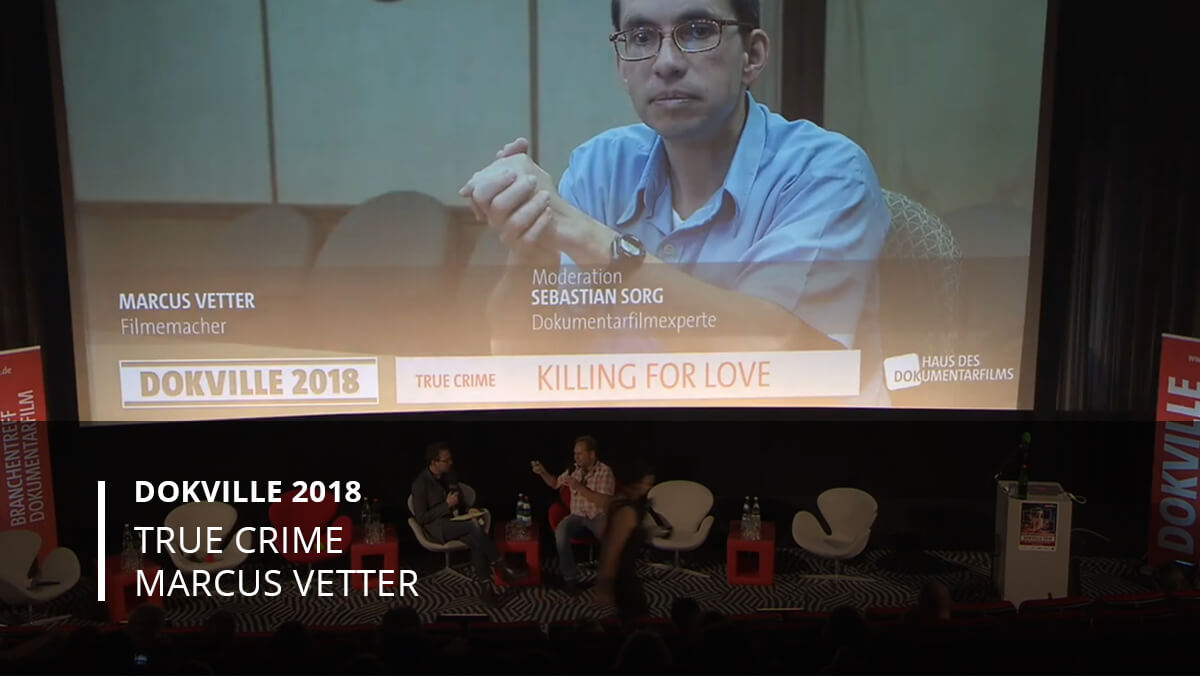 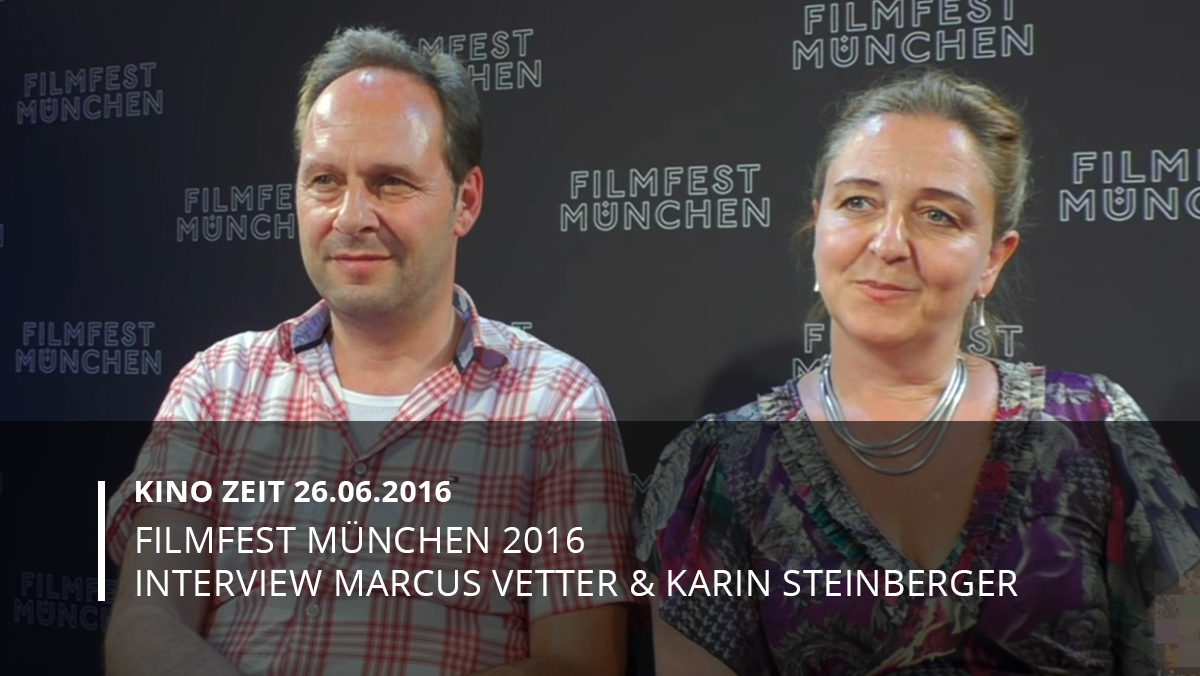 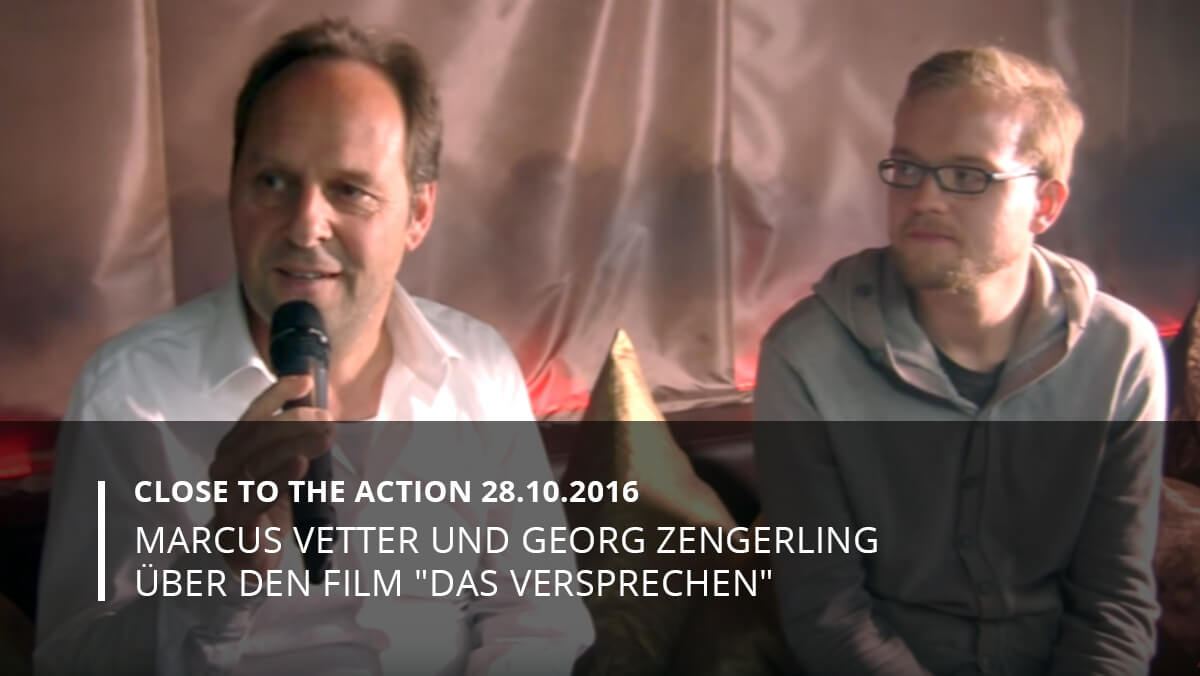 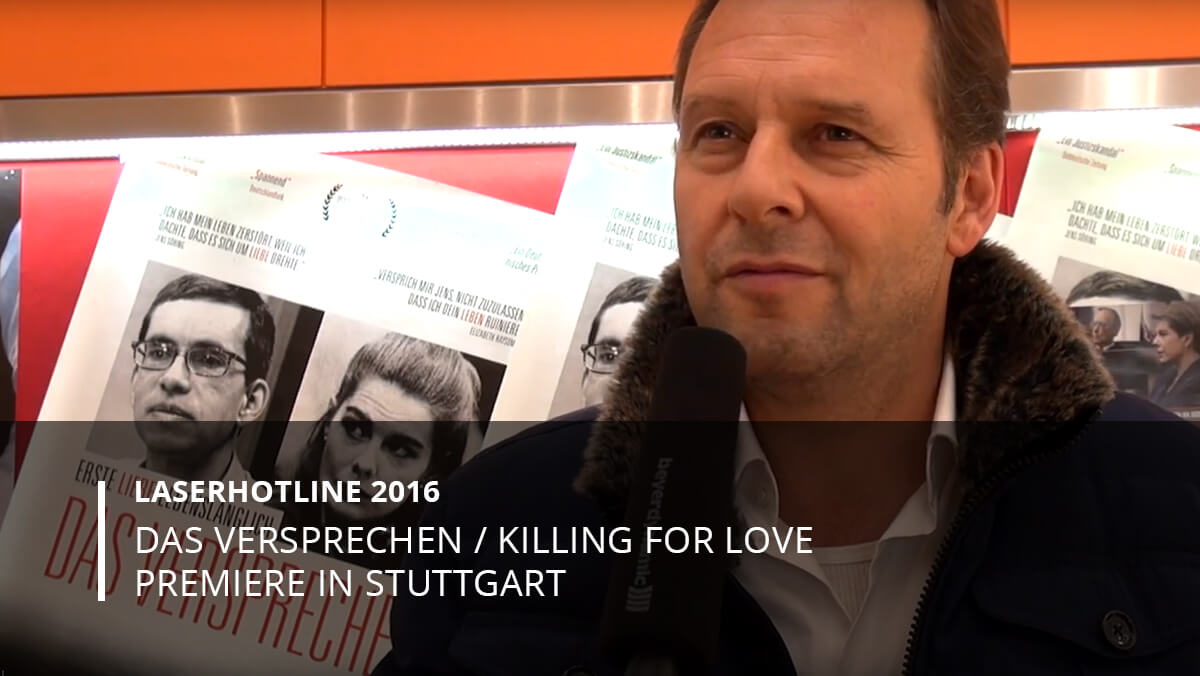 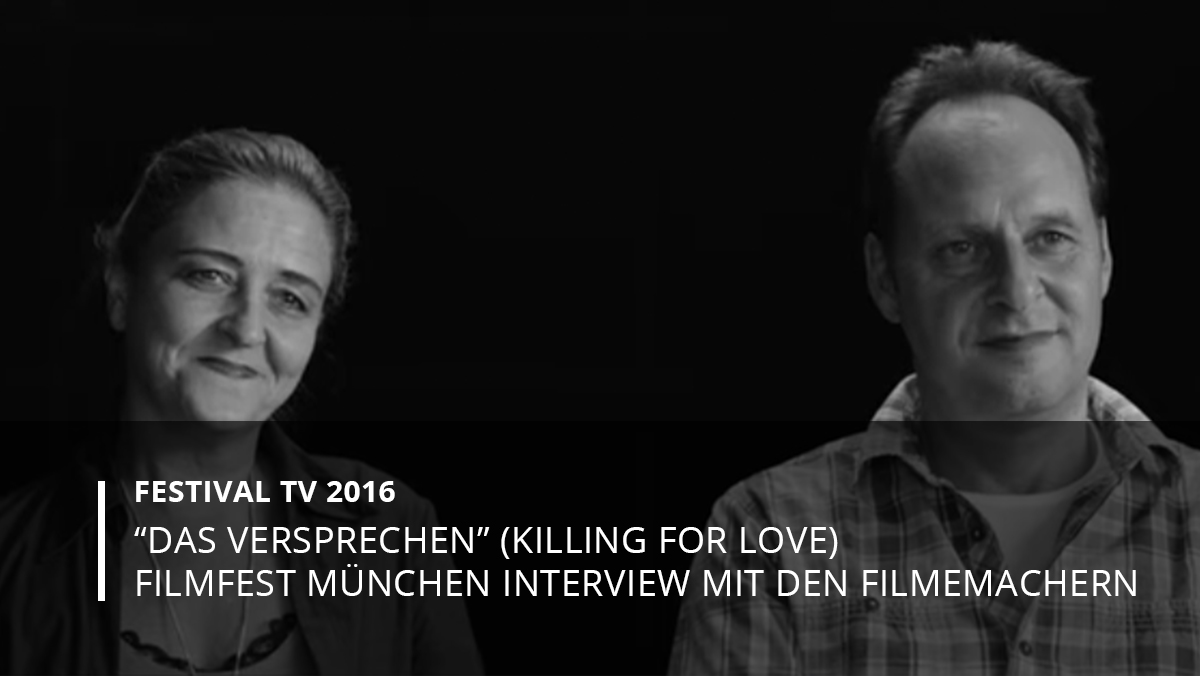 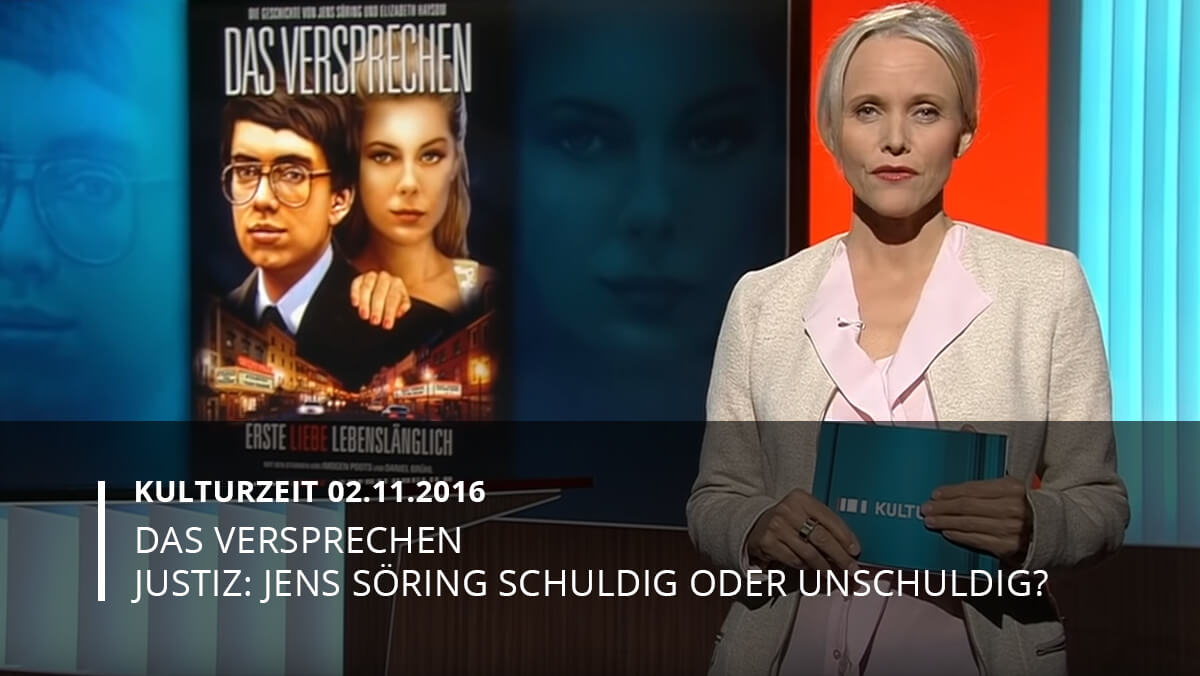 
The film, for all of its true-crime conventions — including an opening shot that leers into the gruesome murder scene through a series of police photographs — establishes both a timeline and a steady trickle of reasonable doubt through its two-hour run time. Interviews with investigators and attorneys who have all reached their own conclusions regarding Soering’s guilt are intercut with grainy video of the trials that led to Soering’s conviction, the first of their kind to be broadcast in Virginia. Full review

In Theatres: Killing for love


After a high-profile, televised trial – the first of its kind – the prosecution felt that justice had been served. But Elizabeth’s and Jens’s versions differ wildly, encompassing dark family secrets, selfless love, and broken promises – leading to an indictment of the American justice system. In their gripping investigation, Vetter and Steinberger explore what really happened on that fateful night, and why. Full review


Featuring compelling real-life figures who practically invite casting guesses for the inevitable Hollywood dramatization, Killing for Love should easily satisfy viewers who can’t get enough of this stuff. Full review


Probably dives into the weeds too quickly and could have used a tighter edit. Still, drawing on a wealth of courtroom video, the film lays out a persuasive argument for reasonable doubt. Full review

‚Killing for Love‘ documents twists and turns of 1985 Virginia murders


A gripping murder mystery about the fated coupling of a pair of calculating romantics too smart for their own good, and the limits of the American justice system. Full Review

This documentary is very interesting and shows what’s wrong with the justice system. With voice work from Daniel Brühl reading Jens Söring’s letters and Imogen Poots reading Elizabeth Haysom’s letters, this doc discusses the case that saw two young lovers commit murder to be with each other. There is so much more to the story than what is initially mentioned. Full Review

A bloody 1985 double homicide and the media hysteria that encircled it are revisited in this deeply sourced but frustrating investigation of whether justice was truly served. Full Review

A Real-Life Lady Macbeth
Who Convinced Him to Kill

Earlier this year, Netflix’s The Confession Tapes recounted, via six real-life cases, the ways in which false confessions might be elicited by law enforcement. But what if an untrue admission wasn’t the byproduct of coercion, or a suspect’s lack of education, or the terrible pressure of a given circumstance, but the result of maniacal love?That’s the argument forwarded by Killing for Love, Karin Steinberger and Marcus Vetter’s riveting new documentary, whose two-hour theatrical version (debuting Friday, Dec. 15 in NY and LA) has been assembled from a larger six-part TV series that aired earlier this year on the BBC. Full Review

Propelled by an eerie rendition of “I Put A Spell On You,” the opening sequence of The Promise bumps down country Virginia roads, coming to a stop at the Haysom home. The bottom falls out as the music disappears, and gruesome images of murdered couple Nancy and Derek Haysom lying on their floor provide a jarring kickstart to the film. The Promise is another engrossing story of how wrong the so-called justice system can go, the kind of documentary that would appeal to anyone who consumed Serial or “Making a Murderer,” or the type of person who reads true-crime thrillers. It’s filled with all sorts of sordid details and captivating characters, and the more it progresses the more it appears that Elizabeth did indeed put a spell on the young Soering, who claims he tried to take a noble fall for his love despite no involvement in the crime. Full Review

Revisiting a murder mystery that has lasted three decades

The Guardian, March 8, 2017 by Chitra Ramaswamy

A compelling documentary reveals that the story of the 1985 murder of Derek and Nancy Haysom is as perplexing as ever. It begins in the way all true crime must begin. Slow zoom shots of a house encircled by police tape. A blood-spattered shoe. Creepy interiors. Bodies. More blood. Here is the crime scene: the heart of a murder mystery we know will be fraught with more inconsistencies and outlandish twists than an episode of Sherlock. These images will now haunt me for days. Anyone who has binged on Making a Murderer, Serial or even Truman Capote’s In Cold Blood (the original true-crime “non-fiction novel”) will know the cocktail of emotions this increasingly popular and morally dubious genre induces: obsessive fascination, horror, cynicism and loss of faith in the justice system. I, for one, am getting sick of the bitter aftertaste. Read more

At the end of it all – and watching it and the old trial footage was like being a juror at some kind of retrial – the best conclusion was the pragmatic one reached by the Governor of Virginia Tim Kaine in 2010, which was that Soering had already served a conventionally long sentence and was no danger to the public and could be safely packed off to Germany. That said, miscarriages of justice sometimes turn out to be no such thing, even if they have distinguished journalists and “new evidence” coming forward that appears compelling. At all events, it made for morbidly fascinating viewing, even at an extraordinary length for modern telly. Full Review

There are moments in the totally riveting Killing for Love when a fictional thriller suggests itself, complete with casting. The two young people (they met when he was 18, she a couple of years older) on trial for murdering her parents suggest the sort of British actors we are so rich in. She softly spoken, almost inaudible, hinting at unspeakable attentions from her mother, the educated voice evoking her Canadian-European background; he, round-faced and bespectacled, looking far younger, quick wit enunciated in perfect English, is from a German diplomatic family. The letters produced smoulder with passion. What a drama! Full Review

A true crime Film Festival in NYC – Sort of

The Guardian, November 5, 2016 by Kate Connolly

A new documentary makes its US premiere at the Virginia film festival on Saturday at the University of Virginia in Charlottesville – where Söring and Haysom first met in 1984. Considerable resentment has been expressed locally that it is being shown at all. The Promise is also due to be serialised in six parts in the UK on the BBC in March. Full Review

One of the on-screen highlights is the North America premiere of the film documentary “The Promise,” directed by German journalist Karin Steinberger, that re-examines the murder of Nancy and Derek Haysom in Bedford County and the subsequent trials of their daughter, Elizabeth Haysom, and Jens Soering, her German boyfriend, three decades ago. “Our goal is to tell the story of a miserable, destroyed life that started with a big love between two young people,” Steinberger said in a phone interview from Munich. The journalist, who has written about the case since 2006 and has interviewed Soering several times, is planning to attend the screening. Full Review

The centerpiece film will be the North American premiere of The Promise, the German-made documentary of the 1985 murders of the Haysoms, which riveted Central Virginia and put UVA students Elizabeth Haysom, their daughter, and Jens Soering, her besotted boyfriend, behind bars. Soering, who has maintained his innocence, recently filed a petition for absolute pardon. Read more

This year’s Centerpiece Film is the North American premiere of “The Promise,” a documentary by German filmmakers Karin Steinberger and Marcus Vetter about the 1985 murders of Nancy and Derek Haysom and the arrests and convictions of UVa honors students Jens Soering and Elizabeth Haysom. Read more

The real-life film noir, screened for reporters August 24, opens with lonely highways and dark country roads to Loose Chippings, the genteel Bedford home of Derek and Nancy Haysom, and then slams the viewers with gruesome murder scene photos that one investigator described as “like stepping in a slaughterhouse.” Full Review